Our company and partners

What’s in a name? The Oceanwatcher name comes from the view on the island of Karmøy on the west-coast of Norway that was the home of the first king of the country. Many suggests the passage past the island is also the origin of the name Norway (Norge in Norwegian) – “The way north”. An ever-changing weather and a fantastic nature made it easy to choose Oceanwatcher as a nickname in the early days of the web, and now it is part of the company name.

So far, we are able to provide the following services: 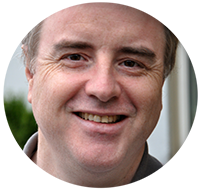 Growing up on a small farm on the coast of Norway gave him an appreciation for the power and beauty in nature. And with 20 years experience in broadcast tv, video and film production, he has a solid background to tackle a wide range of challenges. He considers everything he does today as one or another form of communication, and that it has become even clearer during the last years after moving from Norway to Brazil. In addition to the media work, he also teaches photography, video production and trains video editors in how to use Avid MediaComposer.

Svein is active on various social networks, and you will be able to find both pictures that he took for clients as well as more personal projects. If you want to see a collection of images taken over the last years, take a look at his Instagram account. Just go to @sveinwisnaes and click on the “Follow”-button!

It is always a good thing to know your limits, and there is strength in working together. That is why we try to surround ourselves with highly skilled professionals so we can offer you the best possible service. Also, small companies can be vulnerable, but by using partnerships, we can offer the same stability as much bigger companies! 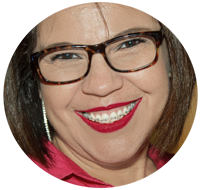 Art has been part of her life since childhood. For the last eighteen years, photography has been her main activity with a focus on nature. 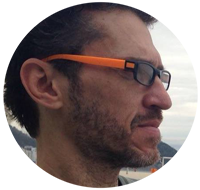 Julio Portellada is a graduate from Universidade Mackenzie in São Paulo. He has more than 30 years of experience as a product designer in several renowned companies such as Philco, Telefunken and Gradiente. He also worked as art director for some advertising agencies in Goiânia-GO. In 2000, he was a guest lecturer in Color, Communication and Project Methodology at the then newly created Design Course at UCG – Universidade Católica de Goiás. During 2005 he was Coordinator of Marketing Administration and Advertising courses at Faculdades Europan, in Cotia-SP, where he also taught Publicity Photography and Publicity Creation.

In 2002 he created Estúdio Kenosis, which provides design services such as logos, catalogs and graphic material for companies. Estúdio Kenosis also do layout, graphic design, book covers, text preparation and review for some well-known publishers such as Editora Nobel , Editora Context, Polar Editorial and Prata Editora. Since 2008 his studio is in Delfim Moreira-MG.